Leave the Turkey, Grab the Deals 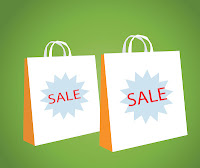 My earliest Black Friday memories are with my mom in the local mall’s parking lot, still dark, sharing a red & black plaid thermos full of hot chocolate. The heater ran as we went over our battle plans – also known as the stack of sales flyers she had accumulated in preparation for the morning. It was important to know what was considered high priority versus what could be left behind. By 10am, when most people are just rolling out of bed, we were 80% done with our holiday shopping. I loved those moments, but 20 years later, when my husband decided he wanted to take advantage of Black Friday sales and venture out for a new television, I gave him my best survival tips, filled his travel mag with coffee and sent him on his way. I went back to bed.

Looking back to my own Black Friday experiences, the retail landscape has certainly changed. Would-be bargain hunters can pull up featured deals on-demand via smartphone, tablet or computer. Items can be purchased at deep discount without leaving the comfort of one’s home during Cyber Monday – my preferred shopping method. And what seems to be perceived as one of the most controversial moves labeled as Black Thursday, retailers are opening earlier and earlier on Thanksgiving Day.

According to the NPD Group, stores that opened earlier last year saw sales increase by 22% for the Black Friday weekend, while some that did not open early lost 8% in sales. This can be a very compelling statistic for any retailer formulating their holiday strategy. The lesson that we have learned is simple: the sooner and longer amount of time you can serve the consumer, the more of their wallet you have the possibility of capturing. On the other side of this argument, however, is the time that is lost by store associates with their families. This can translate into a decrease in retail employee morale and a negative shift in public opinion, which can hinder revenue.

Anyone who has worked in retail, myself included, knows that what is considered a holiday for most is not always a holiday for all. I’ve been on the other side of that battle from ringing up long lines to clearing dressing rooms and processing all of those “on second thought/don’t really need it/found a better deal/already had it” returns. So, how can a retailer help ease this burden while still focusing on the bottom line? Unlike the lesson learned, there is no simple answer. In spite of this, one solution comes from Toys”R”Us; employees from the corporate office volunteer to work store hours in their respective hometowns. What on the surface might only seem as a small gesture, I believe it instead is an example of walking the walk and displaying a ‘we are all in this together’ mentality. This can go a long way with the employees on the front line of your business closest to your valued customer.

In a nutshell, in the quest to achieve higher holiday season sales and trend into the black, it would befit retailers to remain focused on both sides of the battle.