Building (Up) a Project Team 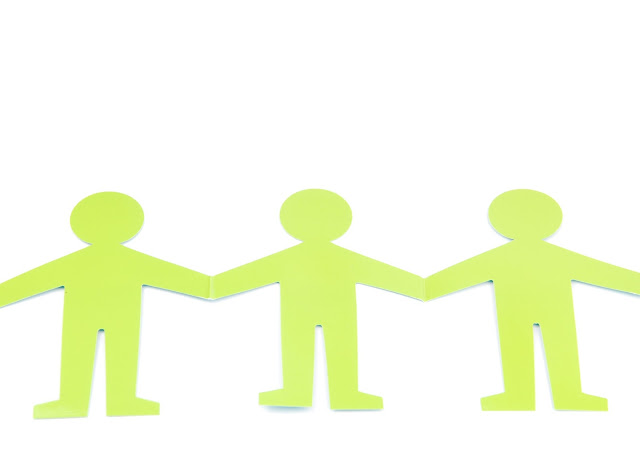 A couple of weeks ago, I had the pleasure of leading a team building workshop for the change management track of one Parker Avery’s current system implementation projects. Full disclosure, I love team building opportunities but am also fully aware of the somewhat negative stigma associated with them. Even within some of my closest team members, I could feel an undercurrent of dissension any time the words “team building” were mentioned. Therefore, while prepping for the session, I was determined to make sure everyone had equal (and mandatory) amounts of fun and relevant “aha moments.”

Knowing that a half-day away from their desks is a rare circumstance, it was important that the agenda did not feel like a waste of time. The primary purpose was to bring the core project team (business leads, sponsors, IT and external implementation partners) together and prepare them for their roles on the project. However, because we would have such a wide and diverse group of people in the room, the event began to take on competing (although well meaning) interests. Yes, we could have made the focus around status documentation or decision governance – both very important, but not quite what I envisioned.

I’ve talked before about the need to “create the right culture” and felt strongly our team building session would be an important moment to help define our project culture. I wanted everyone to walk out of the room having learned more about each other, have takeaways of how they could work more effectively as a project team, how to become better change agents to support the business AND feel energized about the project.

When participants first walked into the room, they were randomly assigned seats. This was done on purpose; because it was essential to have the participants work with people that they may not typically have the chance to interact with. Throughout the session, they continued to be rearranged into different groups to have the opportunity to mingle and to avoid a sense of complacency.

They were given five “rules” at the beginning of the session:
1. Communicate
2. Listen to others
3. Ask questions so you really understand
4. Participate in the exercises, activities and discussions…fully
5. Have fun.

These are basic and straightforward guidelines, but surprisingly (or maybe not?) hard to accomplish under the stress of time pressures and conflicting personalities – a perfect description for both our team building exercises and almost every project in which I’ve been involved.

Of course, the first activity was the infamous icebreaker. In this instance, they were instructed to find at least five similarities that everyone at the table had in common. These could not be things having to do with work, nor could it be a body part or clothes (i.e., no cop-outs – we all have ears and most of us wear shoes.) After the allotted five minutes were up, I asked the teams to share their lists and their motivation for completing; was it more about winning, learning more about each other or just being able to complete the task? This was a relatively easy problem-solving activity; some teams were able to think completely “outside of the box” and pushed for quality while others were playing for shear numbers. This activity gave the room a glimpse of how differently individuals approach tasks, as well as provided a foundation of commonalities.

Next, we started a series of the team building exercises, which were performed between communicating valuable project information – i.e., Why am I here? Why is everyone else here? What is everyone expected to do? Where do I go for help? What are we going to be doing? Again, basic but many times overlooked or assumed that people already know the answers to these questions at the start of a project or new phase. It is important and helpful to communicate this information with all the “players” in the room; this delivers overall project expectations at the same time while also allowing the audience to have their questions heard and answers by the appropriate parties.

Each exercise was designed to introduce and prepare them for a project-related event or task. After each exercise, we collectively debriefed to talk about how each group approached the task, and it was amazing to see how they quickly pinpointed both successes and mistakes. This group was one of the best I’ve led. They were naturally competitive, and all participants eagerly embraced the objectives presented to them.

Outlined below are three success factors that I noticed as I walked around the room, which the teams also recognized during the debriefs:

One of the reasons that I love team building sessions is seeing how people (often quickly) overcome the trauma of participating in a team building session. Secondly, I enjoy observing how people interact and tackle different challenges. Finally, I unabashedly love playing the quizmaster and revealing the missing pieces and clues – more aptly known as “aha moments.” So I would like to end with a summarization of our tallest structure debrief.

Throughout the workshop, the participants were divided into groups and during the activities they were told they had to work within those groups. They were also given fairly a fairly extensive list of rules for exercises. However, when the rules for the tallest structure exercise were given, there were only three, and there was purposely no mention of groups or teams. The participants assumed it was a competition vs. collaboration because they were initially encouraged to compete…along with a deliberate misdirect on my part. The rules had changed, yet no one knew. If the participants had asked if I had any advice to win or asked me to be on their team, I would have divulged to them to join forces and collectively use the “best” materials. Admittedly, I have never had a group ask these questions during this specific activity, nor do I ever expect them to ask. The takeaway is much greater.

Often times, we assume a competitive stance when none is required, especially based on past experiences. Furthermore, since I served as the facilitator throughout the session and never participated in the group activities, my role was firmly established in their minds – they simply assumed that I could not be a resource during this activity. The participants did not know that there was more information (from my prior experiences in this same type of setting) they could have accessed if only they asked the right question. Sometimes we simply overlook the obvious path or use any number of avoidance tactics – intentional, unintentional and perceived or real – to ask for help.