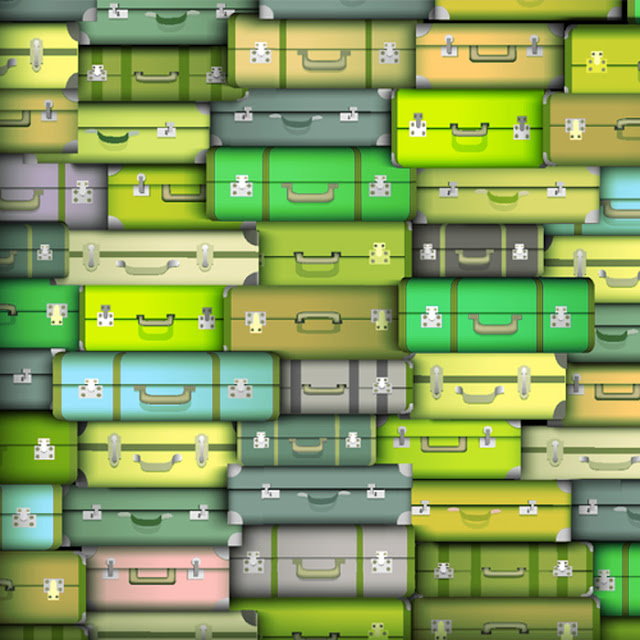 I’ve been spending a lot of time in Quebec, whose population speaks equal parts French and English. The experience has made me lean on my fading memory of high school French classes, and – while I am by no means fluent – thankfully, people have been very forgiving. Regardless of where I am traveling, whether for business or leisure, I typically do an insane amount of research and preparation beforehand, and once there, I take a genuine interest in observing the cultural norms and expectations – seeking out the locals and letting them advise me as well as trying my best to adapt – but always careful to be patient and maintain my sense of humor.

A smile and “hello” has worked wonders when I’ve found myself in the deep end.

This philosophy has helped me as an individual in navigating our global community, but I believe the approach could also be applied to companies and brands looking to venture outside of their home countries.

“There’s nothing American tourists like more than the things they can get at home.”
— Stephen Colbert

For many American travellers, the most approachable destinations are either predominantly English-speaking countries or those in close proximity. The same thinking holds true for many American retailers looking to expand their footprint internationally. However, while foundationally sound assumptions, some companies believe they can simply duplicate the same type of success and magic they have created at home, but without the appropriate strategy or planning – consider the ongoing struggles of Euro Disney.

I was recently forwarded an article about “the untold tale of Target Canada’s difficult birth, tough life and brutal death.” A dramatic but very appropriate title. Arguably, the demise of Target Canada was based on four factors: unrealistic timeline pressures, inexperienced resources, technology issues, and an overall ‘break from reality.’ The story of Target Canada is a sad, yet not unusual story for anyone who has ever been part of an implementation project. Let’s take a look at the lessons that can be learned.

Target Canada would eventually learn what happens when inexperienced employees working under a tight timeline are expected to launch a retailer using technology that nobody—not even at the U.S. headquarters—really understood.

Though Target was already considering entering the Canadian market using a “grow as quickly as possible” strategy, the company made what many consider to be costly decisions – all motivated by a compressed timeline. Once they committed to the unrealistic timeline because of competitive and financial influences, no one wanted to be the one who said, “We need to pause.”

I recently spoke with a colleague who is helping one of Parker Avery’s clients through a software selection project to replace their aging ERP legacy systems. This highly strategic project was originally 9 weeks, but project leadership realized that to make sure they selected the solution that best fit their needs – supporting their current environment and enabling adoption of industry best practices – they needed to take a much deeper look at the short-listed solutions’ functionality and technology, and the project was extended by another 4 weeks. While this lengthens the selection phase timeline by nearly 50%, the company has a much better level of confidence that the solution they ultimately select will have been thoroughly vetted and will best help them meet their business objectives.

In Canada, the company succeeded in hiring people with the right personalities, but young staff received only a few weeks of training. The Canadian team lacked the institutional knowledge and time to properly mentor the new hires. Everyone was stretched thin. “We didn’t have the manpower to get everything done in the time frame that was laid out.”

The reason that I seek out locals is because they can tell you much, much more than any website or book. You can ask questions, and they are able to give you specialized advice. They are the experts and they will more than likely tell you the truth. Unfortunately, for Target Canada they did not have these kinds of resources; most of the frontline were very smart and respected but unseasoned associates. Further complicating matters, because of technology choices, Target Canada was not able to take advantage of the systems and business process expertise it had already cultivated in the United States. For a project of this magnitude, a retailer must leverage experienced resources that are able to foresee issues, risks and problems because they have lived through them before – many times. In Target Canada’s instance, the lack of training, system configuration decisions, and insufficient change management to properly align roles and metrics ended up encouraging bad behaviors, which created further problems with data and product availability.

The technology was not set up to handle a foreign country, and it would have to be customized to take into account the Canadian dollar and even French-language characters. Those changes would take time—which Target did not have. An out-of-the-box solution could have been implemented faster, even if the company had little expertise in actually using it.

Target Canada was faced with numerous technology-based issues, including an unproven POS package and a best-in-class inventory and order management system, albeit new to the company. Internally, no one was quite sure how to use the new technologies or more importantly, how to fix them. Massive data issues further exacerbated the challenges – despite the fact that the company was virtually starting with a clean slate.

Never underestimate technology needs and obstacles. We prepare all the time to be able to sustain ourselves during our travels. From making sure we have the appropriate device adaptors (and convertors.) to making sure our phone plan supports all our data, texting and calling needs. Those are basic, but necessary for our sanity and productivity. My point is that we depend on the tools that we know will work and go through the mental checklist prior to embarking on international travel to make sure that they will work when we need them.

Smile. …And Then Revise

Waves of senior staff were flown in from Minneapolis, but because they were unfamiliar with the technology Target Canada used, there wasn’t much they could do. The company that lost billions, suffered a humiliating defeat here and endured an ordeal that left its employees drained, exhausted and ultimately jobless, titled the website for Canuck shoppers “Target loves Canada.”

As I mentioned before, when I’ve found myself out of my depth, a smile and simple greeting has opened doors. What I didn’t mention was that many (most) of those times I was simply exasperated, and I knew that it was time to ask for help. Sometimes it meant admitting defeat and having the common sense to go back to square one and take another look at my approach.

This realization came relatively too late for Target Canada, coupled with the extreme disappointment of consumers. Towards the end, executives became “ghosts” and there was an overwhelming sense of powerlessness shared amongst associates. In all initiatives, there will be defining highs and lows. For a successful international expansion – or really to ensure success for any strategic business endeavor – this may mean re-evaluating the timeline, tools and resources involved and making thoughtful adjustments to ensure the project achieves its objectives, however difficult these adjustments may seem. And equally, leadership has to remain visible and guide the course, regardless how challenging or uncomfortable.  These actions will enable the organization as well as individuals go through the stages of the transformative change.

In Target Canada’s case, there seems to a resurgence using a more feasible strategy – with a slight bit of humor.