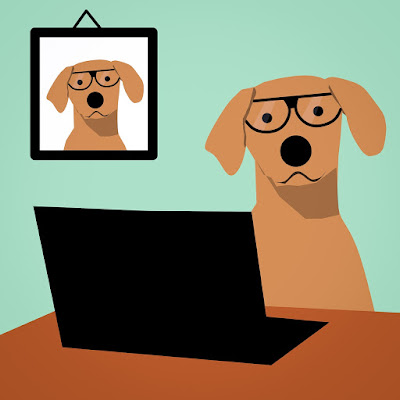 Before joining Parker Avery, I worked as a Principal Consultant for a company based in Thessaloniki, Greece. Although not the Greek Isles, it was an interesting city to visit with amazing food and historical sites. That alone was a wonderful experience, but I also got to work in Elorio Spain, Beirut Lebanon, Dubai UAE, Buenos Aires Argentina, Moscow Russia. Occasionally I also got to stay in the good ole USA, but never close to home.

While exciting (but at times a bit nerve wracking), the travel had me away from home for up to a month at a time. Since my husband also travels, there were a few occasions when our schedules were out of sync. I’d travel out just before he arrived back home or vice versa. After 8 years and a few 48-hour travel debacles, I decided the long-haul travel was getting old. 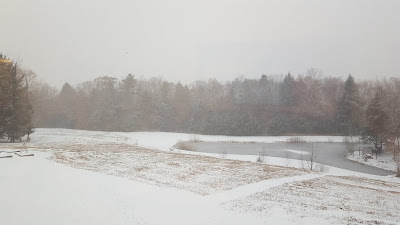 I joined Parker Avery and was immediately assigned to a project with a specialty outdoor retailer in New England. It was right up my alley. I live in New England; we ski and snowshoe in the winter, and in the summer, we sail and kayak. Others expressed their concern that I would be working in what they thought were the boondocks. To me this was Heaven.

Our first week on-site, the Parker Avery team planned to meet for dinner on Monday night. My colleagues were flying in from Georgia, Minnesota, and California. A family emergency kept me from leaving as I had planned, but for the first time in a very long time, I was not flying. I didn’t have to worry about changing to a later flight or even worse missing the first day at the client. After resolving my family situation, I was on my way.

The most challenging part of driving in New England is that there’s no easy way to travel east to west. I ended up on backroads that I had never been on before, sometimes only going 20 MPH on winding, hilly roads. It was summertime, so my biggest concern was making sure I didn’t hit a deer or other animal on the road. Luckily the cow crossings are well marked. At one point I came around the bend and looked down on a glimmering lake surrounded by nothing but trees. I remember thinking, “I can’t wait to do this drive during fall foliage season.” 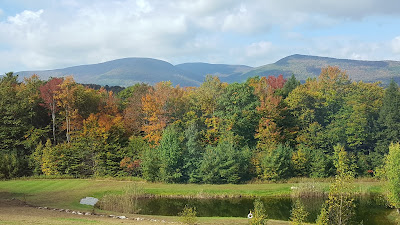 One of the challenges during the first weeks at a new client is finding your footing not only professionally but also personally. What do I have in common with the client team that will help us bond? It helps to have some camaraderie outside of the project work. I was a little concerned, based on their location, that I might be in NY Yankees territory. However, I quickly learned—they too were part of Red Sox Nation. The first meeting of the day would often start with a recap of how the ‘Sox’ did the night before. They went on to win the World Series, which was cause for celebration in the office. We also cheered the Patriots on to their successful quest for another Super Bowl victory.  With every client, developing good relationships is one of the key factors in a successful project. Obviously rooting on the New England sports teams is not going to get me far in every client environment—in those cases, food is another ice-breaker. Asking about the favorite local restaurants and things to do in the area elicits some great discussions. People get very excited to talk about their part of the world. 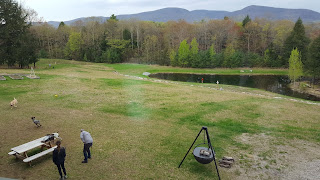 As part of developing relationships with the client, it’s important to understand their culture. This client prided themselves on maintaining work/life balance with flexible hours and a dog-friendly office. For nearly a year, my ‘office’ was a conference room that overlooked the backyard of the client’s building. From my perch, I observed their culture as I watched employees practice fly fishing in the pond, participate in lunchtime croquet games that included members of the executive team, and snowshoe in the winter.

No matter the season, there was no lack of participation in the ‘doggy play times’ scheduled throughout the day. Moose (appropriately named Bernese Mountain dog), Petey, and Cooper were my favorites to watch playing catch and frolicking around. Occasionally, Penny would escape her pod area to come visit me in the conference room. It was amazing how quiet the office was even with all the furry friends around. 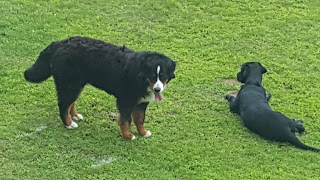 The project work was at times challenging. We were trying to stay as close to the ‘vanilla’ solution as possible, which was a dramatic shift for the client. Although they were already using merchandise financial planning (MFP) functionality from the same provider, they were ‘upgrading’ to the new user interface (UI). The changes were significant, and their users were not traditionally accepting of change. The key to acceptance was getting the business team on the solution as early and often as possible. The more they ‘tested’ the solution and the new UI, the more comfortable they became. It was not uncommon to hear, “Now I understand what you were showing us.” After the end users had their official training, numerous workshops were scheduled. These allowed merchants and planners to create their initial plans under the guidance of the solution experts. They also knew that the room was ‘manned’ in case they had questions. Feedback on this approach was very positive; the users always felt supported.

As the season changed from summer to fall with the changing leaves, the project also transitioned from one phase to the next. Fall soon became winter, bringing the challenge of driving on icy roads. As a life-long New Englander, I’m used to driving in wintery conditions and prefer it over city traffic. Meanwhile, the project team was navigating learning the new solution and understanding the impacts to the business process. They were also presenting to the wider business users and sharing their excitement about the future as part of the change management effort. Along with the rounds of snowstorms, there were also rounds of testing. Late spring finally saw trees and plants blooming again and was all about training, go live preparations, and finally go live.

In closing, life as a traveling consultant brings new experiences with each project. The key to developing a relationship with each client—beyond providing industry and solution expertise and advice—is to find some commonality and/or show interest in their ‘home’ while respecting the local customs.